Sorry for the long awkward pause.

Whew, I cant believe how long it has been since I last posted. I know why I haven’t posted but, man, does time fly. While time was flying by I really haven’t been doing much photography to speak of. A few grab shots here and there and a few test shots for new equipment that are totally boring, even for me. I haven’t set foot out to purposely take any photos in a while and I honestly haven’t been inspired to do so. I need to get back into it but like a diet and exercise, getting started is half the battle.

What I have been doing is re-evaluating my gear and I decided to make a change in equipment. I am not one who thinks that gear makes the photograph, I’m just seeing if there is something different I like from an operational standpoint. I have my sites set on much grander gear and have a vague idea of what I want but I decided to give Fujifilm cameras and lenses a try for now. I thought they started out with the X system with a great set of lenses and I like what I have been seeing out of them. Forgoing the top of the line X-T1 for now, I decided to try out the brand new X-T10 for a body and I currently have the 18-55 and 10-24 zooms for now. I’ll be adding a couple of their fast primes in the coming weeks to round out the kit. This camera is very small and I really haven’t had much chance to use it in a real world situation much, so I still need some practice.

I did however take it out yesterday for the annual visit of the Furries to downtown Pittsburgh. The Anthrocon convention always adds to the street life and I enjoy the challenge of photographing the “creatures” as they walk about the city. 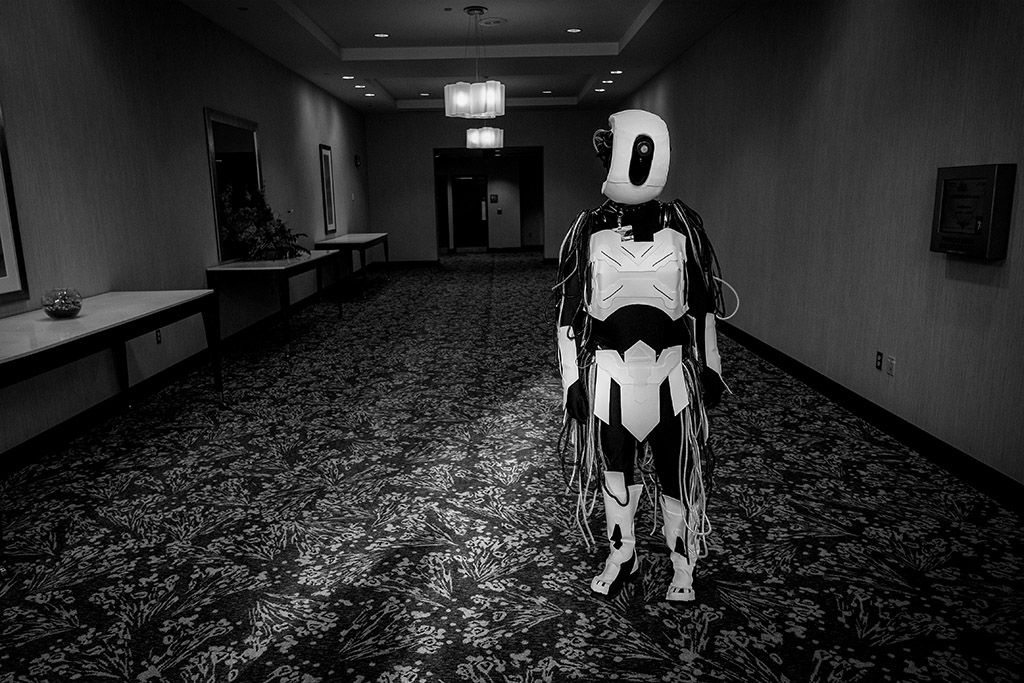 There’s nothing furry about this guy but I like the photo and thought it worthy of a return to form shot. I’ll add a few more photos later in the week.

It feels good to be back and I know for sure that everybody missed something new from me 😉 , so I am sorry it took so long.

← Getting to the Point in Pittsburgh
Mouintains or the beach? →