Welcome to my new blog. I hope you enjoy visiting often. I’ll start off with showing a few pictures from a 365 photo project I’m attempting for 2011 that I started on January 1st. I hope I can keep it up. I’m going to try to be creative somewhat and not simply show facets of my daily life. I’ll also try to refrain from self portraits and pictures of my coffee.

365-1 I started with somewhat of a self-portrait, of my hands at least. Playing my Fender SRV Stratocaster. Slow sync flash. Pentax K20D, DA17-70mm 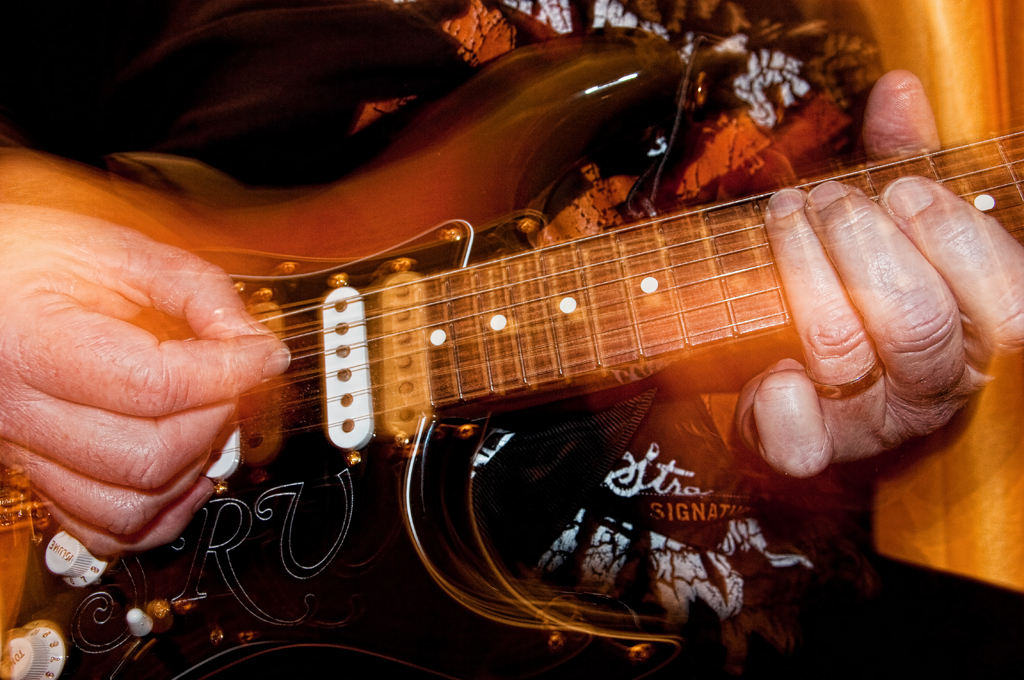 365-2 Driving back from the store ,  it was getting dark and I still didn’t have a shot for the day. I always liked the curve of these bridges and took a shot from the parking lot below. The original color shot was OK but I decided to try some textures to add interest and converted to black and white for drama. The sky area was a little blank, so I inserted a moon from my stock of photos to add a focal point. The textures are from a talented artist called SkeletalMess on Flickr.  Pentax K20D, DA17-70mm 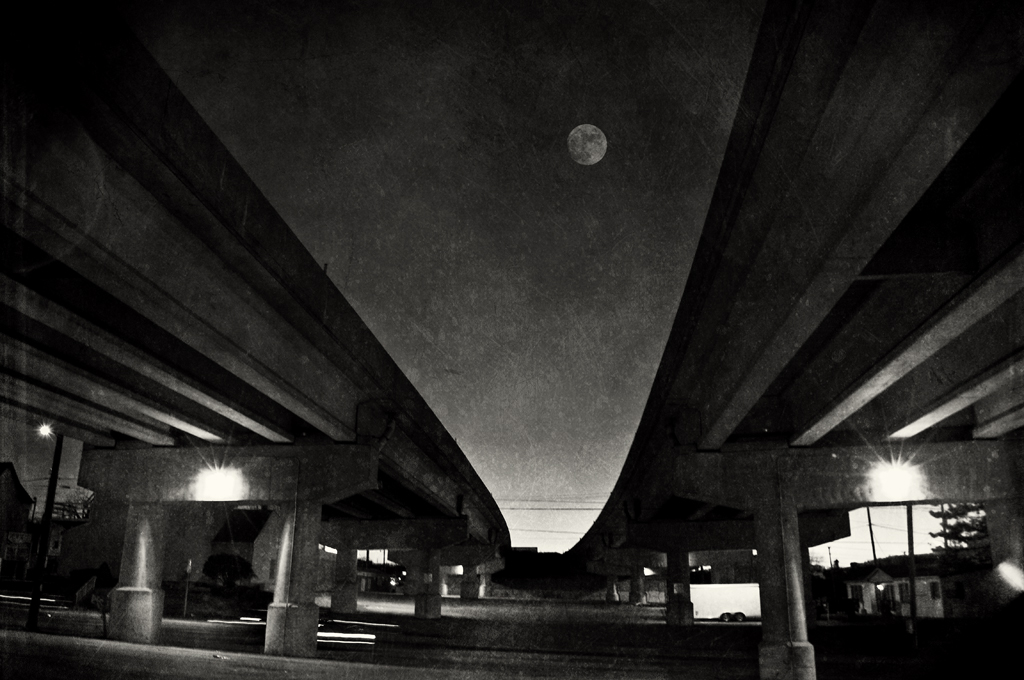 365-3 Getting dark again. Taking a few shots around town. Nothing was really working. On a whim, I pointed my camera up a tree and took a long exposure with second curtain slow sync flash.  The end result is quite electric. The only problem was I still had my camera set to ISO 2000. A little noisy but not bad. Pentax K20D, DA17-70. 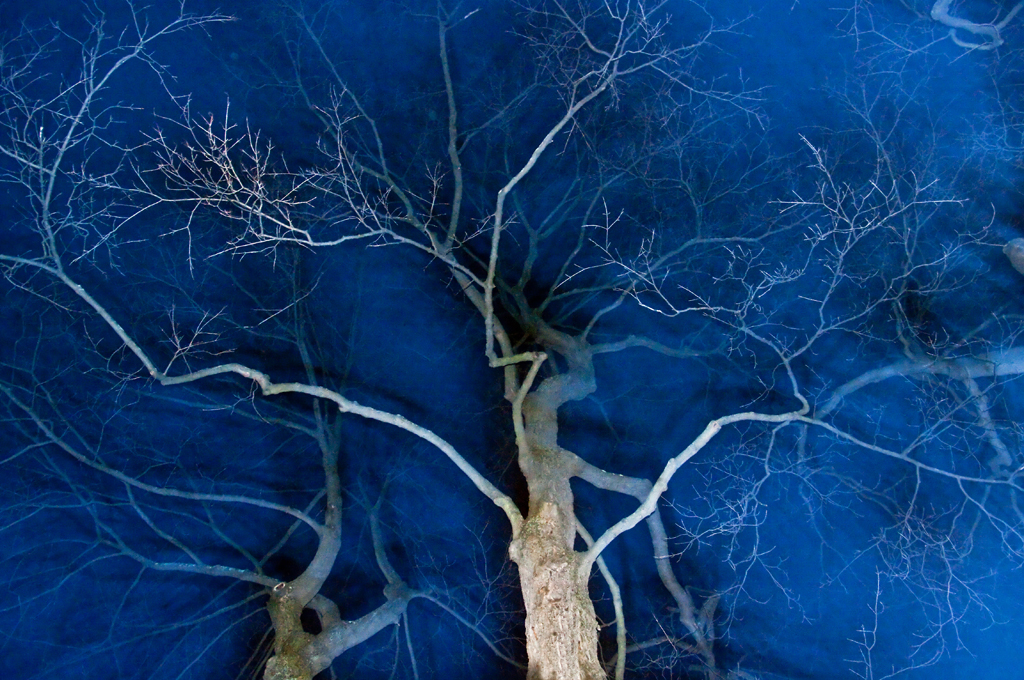 365-4 In the grocery store. Took some pictures of fruits and vegetables. I liked the banana pictures best. I processed in Photoshop Elements using Topaz Adjust plugin to enhance some details. Black and White conversion using Nik Silver efex “Holga” preset with a few adjustments. The title is an obvious reference. Art+banana=Warhol.  Camera was my Lumix LX-3.

Not Ready for Warhol 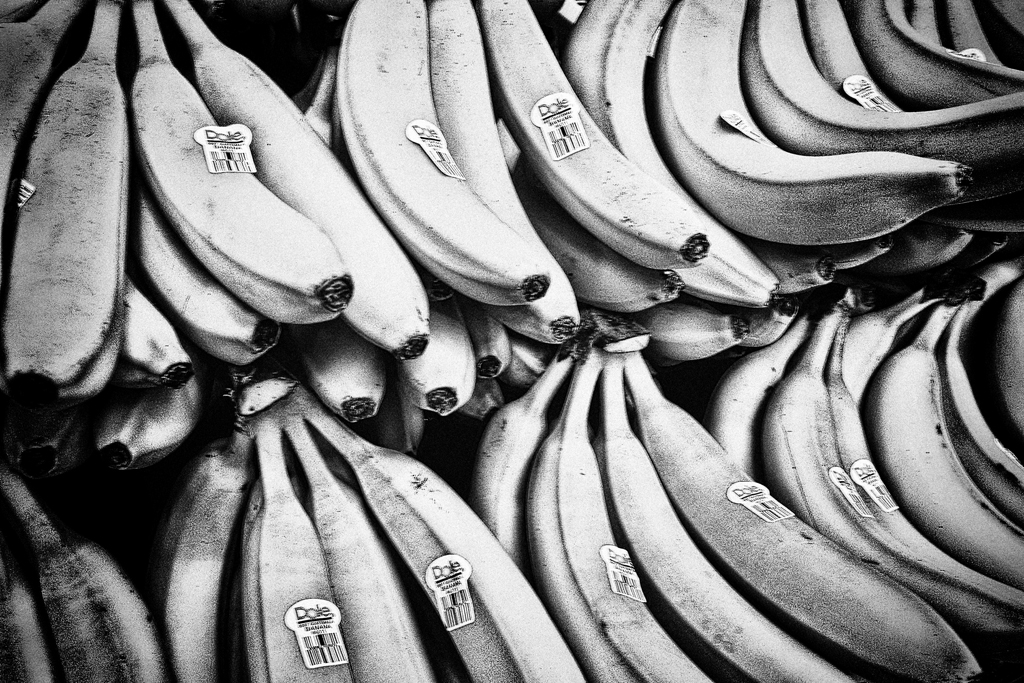 365-6 I didn’t feel like going out to find photos today. Looking around the house I spotted these amber crystals that hang from a lampshade. I don’t have a macro lens so I handheld mt Super-Takumar 50mm lens backwards over my camera as a makeshift setup. I tried a few diffrerent angles but I liked this image best. I knew going in that I would probably experiment more with textures. Again using SkeletalMess textures inPSE6. Pentax K20D, Super-Takumar 50mm 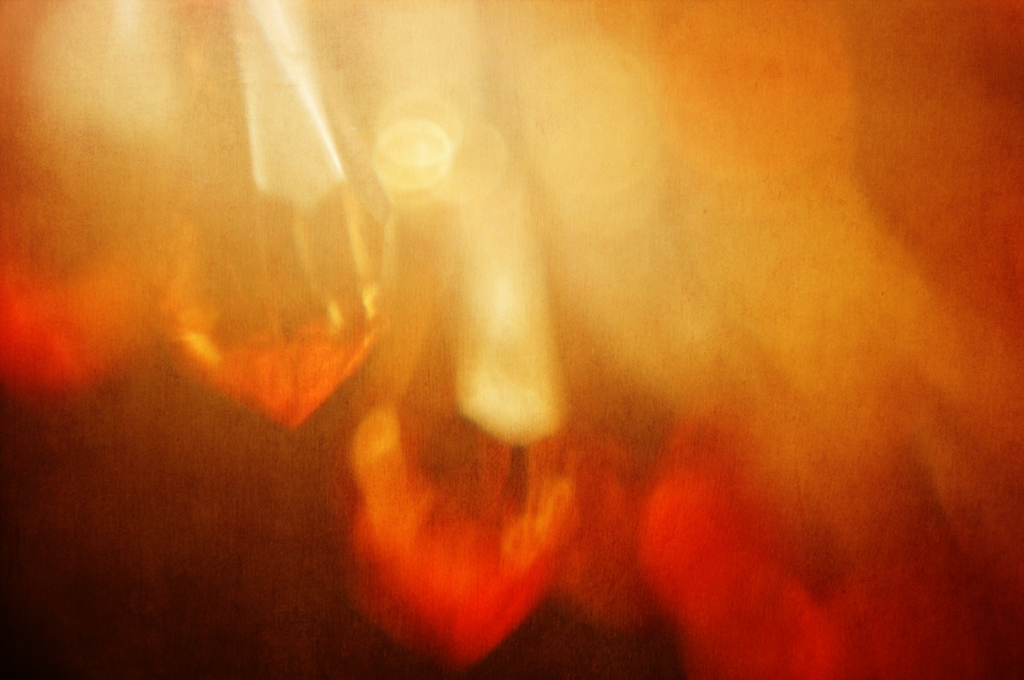