Autumn color is not overly abundant this year so, out of curiosity, I looked in my files from last year to compare the seasons. I found that I had a number of colorful fall shots last year. It may have just been the timing of when I was out last year since I haven’t been able to make the time this year and when I recently started looking around it seems like the season is over, photographically speaking.

Most of the photos I took last year didn’t get any further than my hard drive. I shoot and experiment a lot and most times I find a photo from a shoot that intrigues me and I run with it. The others seem to get forgotten as I quickly move on to the next batch.

However I did find this multi-exposure image rather interesting. I was experimenting with abstract expressionism, which resulted in a LOT of failed attempts. This particular image was a work in progress. I actually processed the photo but I never did anything with it beyond that. Most likely I found another image more interesting at the time or thought this wasn’t that strong of an image. Maybe it isn’t, I don’t know, but I do think it is at least worth sharing. 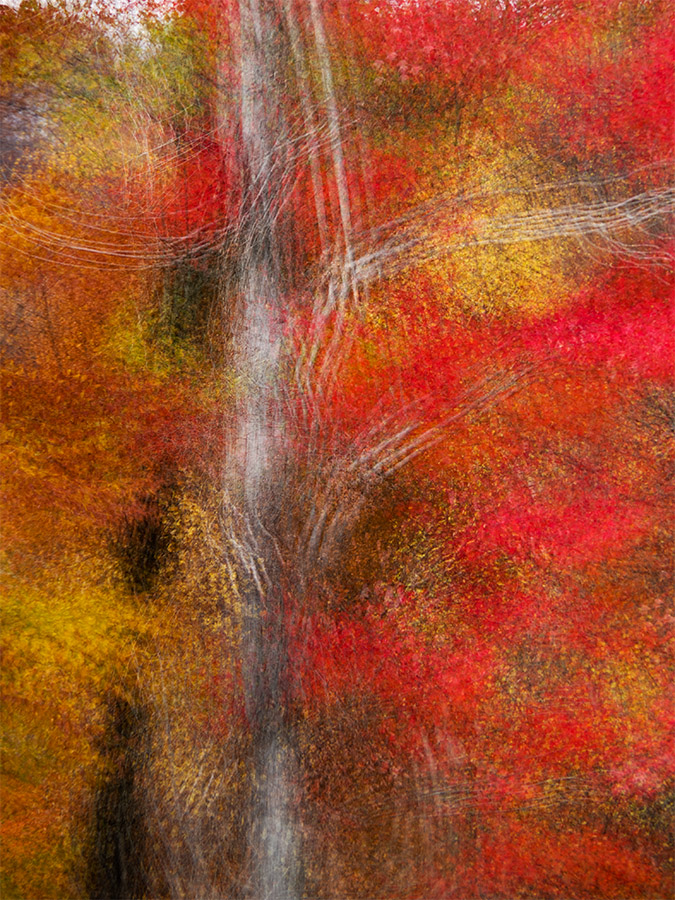 ← Perseverance
Autumn of a different color →

One thought on “ExPrEsSiOn”