It felt like winter around here again today, with the snow and colder temperatures and all. What’s up with that? I personally liked it but people get used to the mild winter and forget what winter is supposed to be like. I think the first thing they forget is how to drive in snow – but I’ll leave that for another discussion.

Now on to the show. Being my first weekend off from my new job and the first weekend in about three weeks where both I and my wife were feeling pretty good after battling off and on colds. And because we both were focusing on getting better and I was focusing on work, we had a backlogged to-do list to take care of today. But the one thing on my to-do list was to get back in the groove of shooting some photos again. I have been kind of lapse so far this year and once I get a regular work schedule down I’m going to get back to, or at least attempt, some kind of daily photography.

As for todays photo, since I was in the area I drove through a local park that I like to visit. I’ve never been there when it snowed so I was curious of what I would find. It’s pretty woodsy and that’s about all I found. Granted I was only looking from the road and parking areas because I wasn’t dressed properly to go walking through the woods. I took a few snaps but because of all of the trees and branches contrasting with the snow the shots were generally too cluttered with no real subjects. So I thought of doing a moving camera abstract shot of the trees. I’ve done a few of these in the summer but this was my first attempt with snow on the ground. These kind of shots tend to look similar even though they’re all different since you really can’t control the camera movement the same way each time. The best way is to try multiple attempts and pick the one you like best. I liked this one the best. It was taken with a shorter shutter speed than I normally would have used but it worked well, probably because of the simple scene of white snow and dark trees. Pentax K20D, DA17-70. 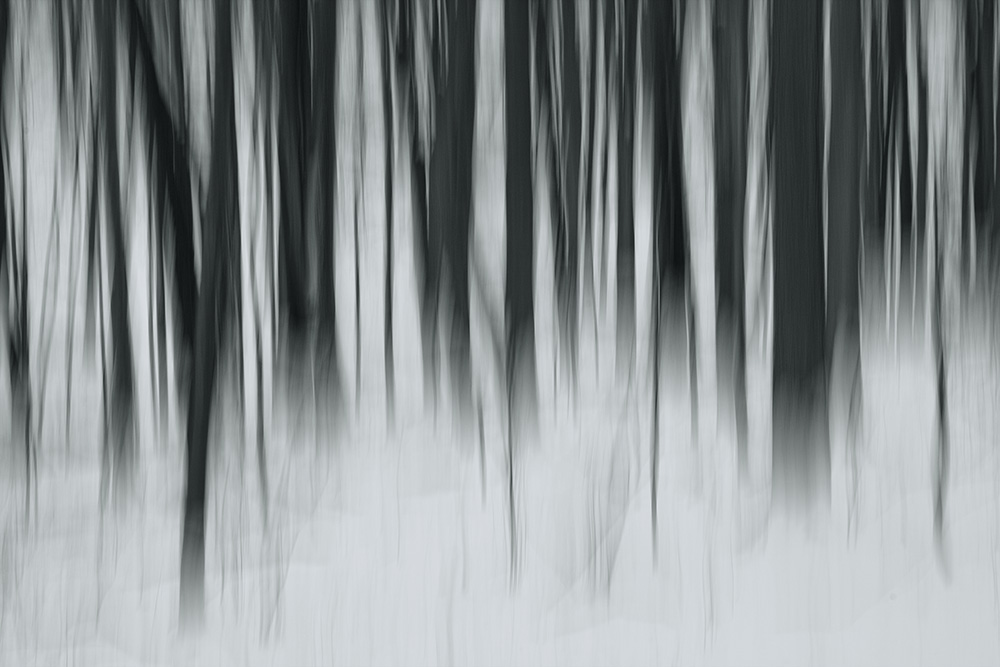 One thought on “What’s that white stuff?”